Published on www.ecolutie.nl: Killing two birds with one stone: environmental solutions can bring peace, health and prosperity to all. 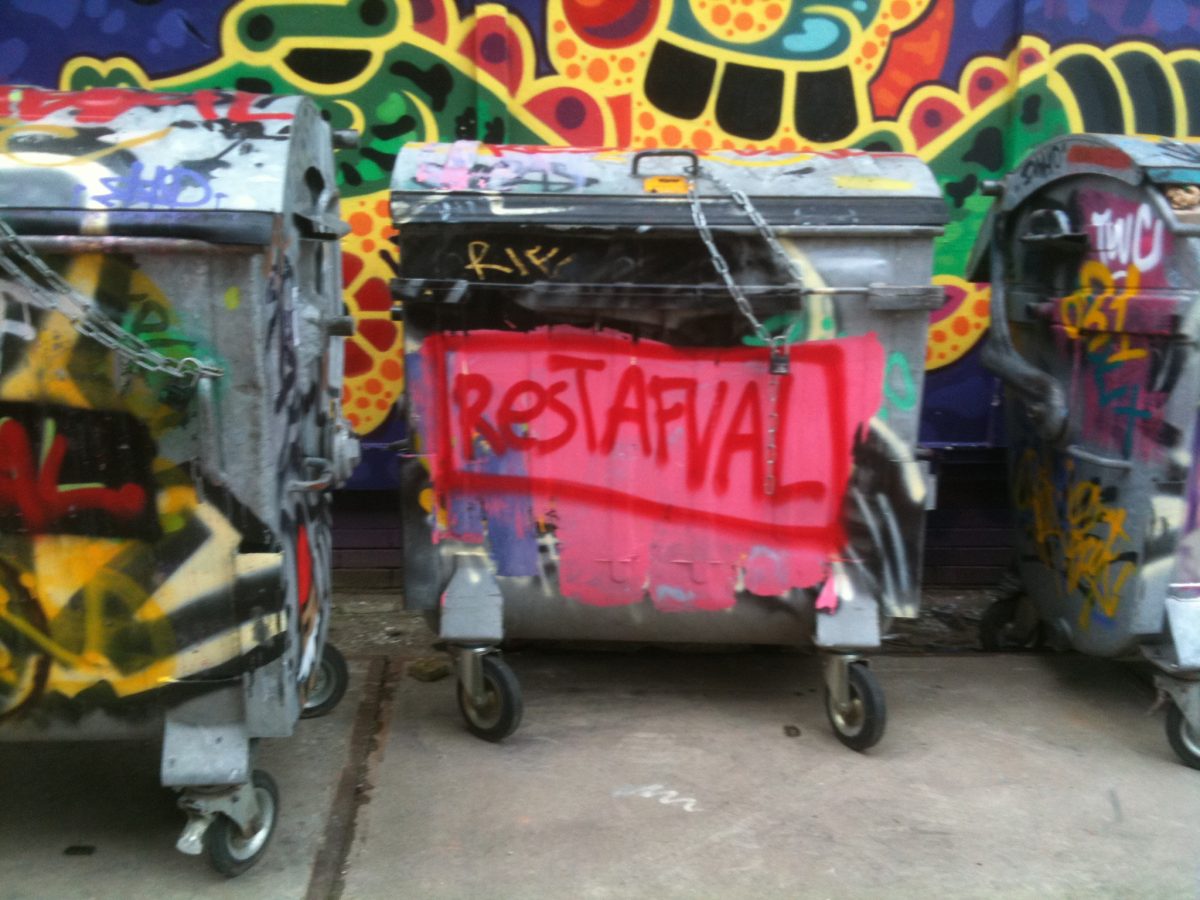 Killing two birds with one stone: environmental solutions can bring peace, health and prosperity to all.

Newspapers from all over the globe report on the prediction of 50 million environmental refugees flooding the world by 2020, which will be nine years from now. Scientists like Cristina Tirado from the Californian University UCLA en Ewen Todd, Professor at Michigan State University warned at the annual AAAS conference[1] this February in Washington that the affects of climate change will cause people to leave their home-country, looking for food and shelter. ‘What we saw in Tunisia — a change in government and suddenly there are a whole lot of people going to Italy — this is going to be the pattern. Already, Africans are going in small droves up to Spain, Germany and wherever from different countries in the Mediterranean region, but we’re going to see many, many more trying to go north when food stress comes in. And it was food shortages that put the people of Tunisia and Egypt over the top,’ Mr. Todd told AFP.

What (or better, Who) is an environmental refugee? Norman Myers[2] defines: ‘These are people who can no longer gain a secure livelihood in their homelands because of drought, soil erosion, desertiﬁcation, deforestation and other environmental problems, together with the associated problems of population pressures and profound poverty.’

Norman Myers stirred a lot of waves in migrant-country, which would be the fifth most populous nation (214 million people) according to the International Organisation of Migration (IOM). Myers’ definition as well as his prognoses on the amount of climate exiles is widely criticized by fellow scientists and eagerly adapted by environmental and social activists and NGO’s. Myers is called a Neo Malthusian, a spaceman – Frank van Empel would say – who compares the Earth to star ship Enterprise with limited resources, but one that lacks back up connection to turn to for resources. At the other end of the universe, one can find the Van Empel Cowboy, or more specific, the economic adaptation view: People tend to adapt, to invent new technology or methods when confronted with scarcity or depletion, therefore dearth of means is a temporary issue.

One fervent defender of human resourcefulness was the economist Julian Simon (1932 -1998): ‘Humans adapt to the problems that our development produces, for the most part smoothly and without grave setbacks. In the process we gain increased productivity and efficiency, and improved human welfare.’[3]

Apparently societies with a well functioning democracy and legal system, where people are literate and the free market regulates supply and demand stir the creativity of human beings and lead to solutions whether it is adaptation, innovation or the replacement of materials by something else, less scarce, polluting or expensive. The only remaining problems in these societies seem to be non-owned resources. Since nobody owns them – the atmosphere, the oceans – nobody really cares to look after them. People incline to take from the common wealth sans scrupules. Rules, like a ban on dumping waste in the forest, NGO’s like Greenpeace and the WWF and social control – thus a kind of mutual understanding on what is and is not accepted – have to protect the non-owned commons.

The problem of course is there is not so very much democracy – 27 out of 167 countries according to the Economist – nor access to affordable legal systems, education or good governance in large parts of the world. Well functioning international institutes that prevent nations, companies and individuals from plundering or wasting in non-owned resources are scarce as well, especially in the developing part of the world.

Africa, so very wealthy of natural resources and packed with natures’ amenities, has a long lasting history of abuse. The continent suffers. Extreme poverty, droughts, floods, pollution and epidemics scourge the Africans, who don’t enjoy democratic rights, health care or education and most of the time are deprived from enjoying the treasures their soil hides. For example like Nigeria. The Nigerians put up the garlands for the rest of the world but are not invited to the party.

Amnesty International reports in 2009: ‘The Niger Delta is one of the world’s 10 most important wetland and coastal marine ecosystems and is home to some 31 million people. It is also the location of massive oil deposits, which have been extracted for decades by the government of Nigeria and by multinational oil companies.
The United Nations Development Program (UNDP) describes the region as suffering from “administrative neglect, crumbling social infrastructure and services, high unemployment, social deprivation, abject poverty, filth and squalor, and endemic conflict.” This poverty, and its contrast with the wealth generated by oil, has become one of the world’s starkest and most disturbing examples of the “resource curse”.’

From the alleged 50 million environmental refugees a large part will be African. Until now developed countries do not acknowledge environmental refugees. People running for aid because they are starving are not granted asylum, their name is economic refugee, which is almost synonym for profiteer, gold digger or parasite. The West is very afraid of the hurdles poor young black that tinker at the gate. Fear is a bad advisor. The brick walls Europe tries to build to keep the poor outside become thicker and higher. And the angry mob becomes more determined by day and out of despair.

In the meantime the Europeans themselves get older with lesser youth to do the work. The world is racing straight for the Malthusian catastrophe. Population growth will soon not be our biggest problem; if we do not change course, we will kill each other. The solution is so very obvious and simple and apparently so difficult to act on: we will have to start sharing and apply smart and clean innovations for energy supply, agriculture, transportation and building. Sharing resources, the benefits as well as the costs to get rid of the resource curse. Sharing food and land, ocean and atmosphere, like we teach our children to share toys with their brother and sister.

Now here applies the law of the non-owned common, or if you like, the prisoners’ dilemma: Why should I share and care if the others don’t? And: should the others share resources, stop polluting, take care of the poor, then there is no need for me to do it as well. Individuals, companies and states don’t feel responsible for the well being of the world’s population. The rich want to protect their possessions; the poor want to obtain what the rich have. The very poorest want food, potable water, a leak proof shelter, and after that good healthcare, education, freedom, a mobile phone and a television set.

But there are solutions

Here’s two for the short term to clean the air:

1.   Reducing emissions of two common air polluters: black carbon and Methane. Both threaten public health and are being held responsible for climate change. ‘Now a panel of some 70 scientists, led by New York City-based Goddard Institute for Space Studies climatologist Drew Shindell, has reviewed the best available science and concludes that just a handful of measures could yield major benefits in the next fifty years’, Nasa reports.

2.   Olivine, the mineral that volcanoes disgorge during an eruption turns out to be a carbon dioxide eater, meant to clean up after the outburst. When crunched the mineral eats even more CO2. Plants grow happily on it. Everybody can use it in their garden, public parks, highways, railroads et cetera.

And for the long run? Maybe in the long run we’ll all be dead, like Keynes predicted so justly. But then again, hopefully there is some offspring left. There are plenty ideas to reach for sustainable development – sustainable meaning that People weigh just as heavy as Planet does – On the ecological, well being and health side we might as well build solar or wind power systems instead of coal mining and burning or oil drilling. Preferable de-central in order for far from a grid settlements to profit as well. Clean energy enables people to run a fridge to keep food and medication, a light bulb and even a telephone or pc to access the worldwide information rhizome called Internet. We saw what connection can do to oppressive regimes in Tunisia and Egypt recently. And what it is doing right now in other parts of the Middle East, like Libya. Mr Owen is probably right that the Arab peoples’ upraise is due to rising food prices, but Internet and the social media helped spread it.

The only thing we need to keep in mind is to keep things at a human scale. There is no sustainable solution thinkable that is as large as the planet, or that will stay sustainable forever. ‘As a general rule almost all technologies that were sustainable when first introduced became unsustainable as human population densities and consumption levels increased,’ is stated in the Atlas of Population and Environment. But that might just be because of the large, larger, largest implementation of an innovation we tend to apply instead of going through the hard work of (re)searching the right solution for an issue for that day, age, man or woman, and place on earth.

Apart from this, Mahatma Ghandi gave the right example: ‘Be the change you want to see in the world’. Once we all start behaving according to this principle, the problem of the non-owned commons nobody takes responsibility for will melt, faster than a glacier in 2011.

If we succeed, even if we succeed partly, the number of people who have to migrate, flee, ask for asylum will reduce. There will be much less fear and far more peace which is the true meaning of sustainability.

This article was published on Ecolutie, February 2011

[1] The American Association for the Advancement of Science (AAAS)

[2] Environmental refugees: a growing phenomenon of the 21st century, Green college, University of Oxford, The Royal Society, May 2001