A compartmentalized, foremost economic, approach of development and the lack of freedoms keep the poor in poverty and threaten the rich. The great divide of today is between the Haves and the Have Nots. The Millennium Development Goals of the UN will not fill this gap. 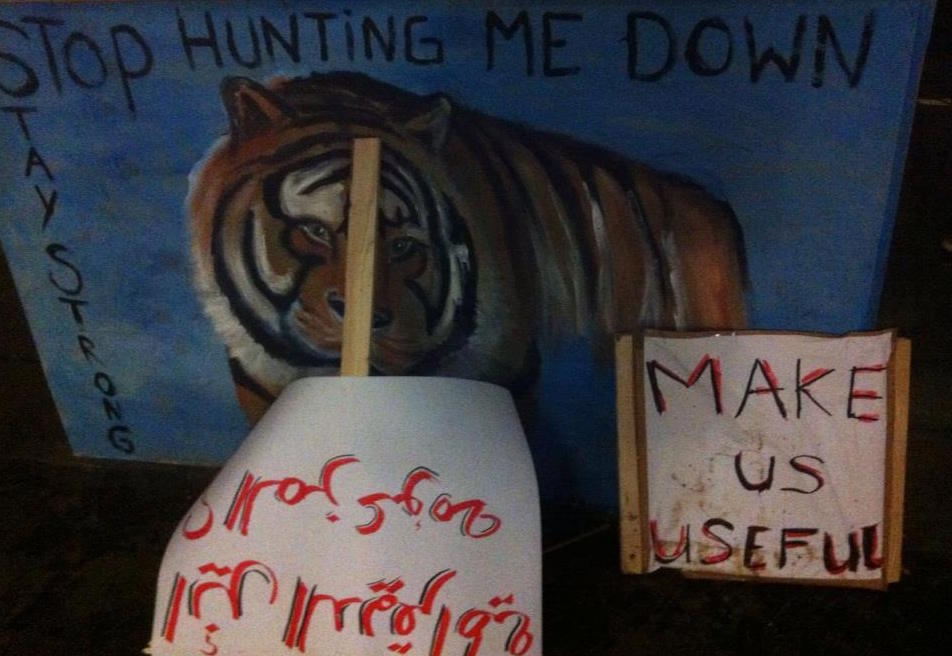 Literacy is broadly considered as an effective weapon against poverty, growing birth rates and child mortality.  Especially education of girls will make the world a better place, is the adage. Millennium Development Goal 2, Achieve Universal Primary Education presents enormous challenges in many developing countries, one of which is Pakistan. Only 68.6% of the Pakistani men and 40.3% of the women over 15 year can read and write.[1] Apart from the lack of teachers, schools and educational infrastructure, a monster so destructive lures around the corner. This monster is overlooked by all MDG’s as well as by advocates of sole economic development such as Dambisha Moyo. Its’ name is Unfreedom.

Pakistan belongs to the 64 Not Free countries according to Freedom House.[2] The danger of education in a censored unfree environment became apparent once again at a meeting on biases in textbooks and education policy of the National Commission for Justice and Peace Pakistan, March 18. Multiple religious and gender biases were found in the textbooks. Omissions and distortions that breed hatred among religions and confine women to the margin of history and society.[3]

While China does very well on the MDG scoreboard[5], it was mentioned by Freedom House as one of the most severe oppressors of freedom of press. How can education under censorship lead to understanding?

In the 2012 MDG report freedom was not mentioned once. The eight MDG’s, 21 targets and 60 indicators foremost aim at poverty relief, health and education. They put tangible goals and measurable results on the global map and into the global conscience and provided donors with arguments to keep on donating – and fundraising – and stirred awareness in receiving countries.[6]

The MDG’s scored + 1 for attacking extreme poverty, access to safe drinking water, universal primary education for boys and girls, and preventing child mortality. HIV treatment boosted in 2010, although the target was not reached. The fight against Malaria and TBC stayed on track, globally. These are impressive scores.

The first MDG, halving extreme poverty, already hit the target. The number of people living on less than $1.25 a day fell from 47% in 1990 to 24% in 2008. But what does that mean? J.K. Galbraith already in the 1970’s described the poverty trap: doubling an almost zero income, still leads to nothing to spend.[7] As a matter of fact, many times costs increase. For instance, because people buy more or different food.

Poverty means many unfreedoms. One is the denial of the freedom to choose, which is closely related to vulnerable employment. Today there are more slaves in the world than ever before.[8] Children work in bondage and forced labour and trafficking thrive. Known traffickers come to villages in poor regions to buy a seven year old from the mother. She has too many mouths to feed and too little opportunities. She sees no alternative. The child grows up in a sweatshop, under gruesome circumstances to produce whatever goods that are considered ‘profitable’ by the manufacturer.[9]

Manfred Max-Neef, Chilean economist, distinguished nine fundamental human needs: subsistence, protection, affection, understanding, participation, leisure, creation, identity and freedom.[10] If one fundamental need isn’t satisfied, Max-Neef argued, there is poverty of some sort. Satisfaction is not a materialistic matter except when it comes to basic needs such as most MDG’s speak off: e.g. food, water, shelter. For instance understanding can be satisfied by education. The good that supports education is a book, uncensored that is.

The MDG’s fail to satisfy all fundamental needs and moreover focus on economic growth. This places them into the dominant capitalist system where the winner takes all. Competition is at the core of the value system.

Bakker & Van Empel stated in Allemaal Winnen[11] (Only Winners) that competition will not lead to a higher level of meaningful wellbeing. The ecology is protesting. Climate change causes natural disasters, resource depletion, famines, floods and off course, more suffering by the poor. The poor always suffer most. In today’s world the great divide is between the Haves and Have Nots. The latter group is growing. Social injustice, inequality and ecological issues do not stay within borders and soon will threaten the diminishing group of Haves as well.

The solution Bakker & Van Empel came up with is cooperation, sharing and accumulative learning. When these are combined with approaches such as the Human Scale Development of Max-Neef a joint effort society comes to sight. A joint effort society (JES!) is a new political engagement model and free association of individuals. All put effort and all reap the fruits. All participate in the way they feel is valuable. Such a society produces self-aware individuals. The way towards JES! is a dynamic method that lifts society and individuals to a higher ecological, economic, socio-cultural and psychological level each time people act.

The MDG’s have been successful at points, but the omission of freedom turns them destructive.

Mr. Ban Ki Moon, Secretary General of the UN, launched a Sustainable Development Solutions Network in August 2012. ‘This Network will accelerate joint learning and help to overcome the compartmentalization of technical and policy work by promoting integrated approaches to the interconnected economic, social, and environmental challenges confronting the world’.[12]

Such a global network, when based on the principles of the joint effort society, could connect the MDG’s to unalienable freedoms that lead to meaningful wellbeing for all, here and now, there and later.

[6] Richard Manning, The Impact and Design of the MDGs: Some Reflections, IDS Bulletin Volume 41 Number 1 January 2010

[8] According to the head of the UN office of Drugs and Crime, Yuri Fedotov, 2.4 million people are trafficked each year worldwide. The amount of money circling in the crime scene adds up to $US

32 billion, which is more then drug dealers divide among themselves. It is estimated that 80% of the 2.4 million contemporary slaves end up in the sex industry. Two out of three are women and girls. Just

one person in hundred manages to escape their trafficker. From: The Herald Sun, Millions suffering from human trafficking, sex slavery: UN, April 04, 2012.

[9] The Guardian / The Observer, India targets the traffickers who sell children into slavery, by Gethin