Fear is a bad advisor. Populists feed it in order to obtain power. We are better off with the European concept. The EU protects freedom and democracy. Member states are in peace since 1945. 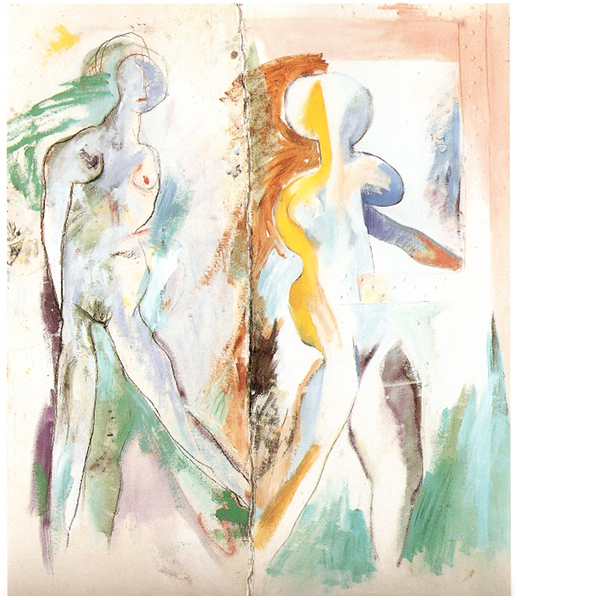 Like many democracies today, the Netherlands suffer from a populist rightwing political party that has one issue and one issue only: no more immigrants.

This Dutch party, ironically calling itself Party of Freedom (PVV), has no democratic structure in itself and is basically the one man show of Geert Wilders. He is surrounded by so-called blue collar – ordinary – pop up politicians to fill seats in Parliament, many of them convicted for fraud or violence. In the meantime Wilders, who himself is court marshalled for hate speech, tries to look and sound like a reasonable politician who sincerely worries about the influence of Islam in the European nations.

When he gave a speech in Rome on March 25, Wilders started with a handmade history lesson: the Roman Empire fell because of immigrants; Germanic Barbarians flooded the empire and rampaged the country. ‘The fall of Rome was a traumatic experience,’ Wilders claims. Well, merely living in these ages must have been a traumatic experience.

The Romans weren’t known for their peace-loving nature; they violently conquered quite some land (veni, vidi, vici) trying to expand their wealth. At some point Roman society became decadent and thus weak. Economic conditions deteriorated as well, due to the very expensive army the Romans had to sustain. Moreover currency devaluated when newly found mines ended the scarcity of silver. The Visigoths who entered the empire and presumably sacked it, weren’t famous for their humanity either. The world 1600 years ago was very different from the place we live in now. There was no democracy, nobody ever heard about human rights and the strongest prevailed. Wilders’ ordinary people were mainly slaves… and having a blue collar was an unknown luxury.

Luckily society has moved forward, not in the least because of the foundation of the European Union. The member states have been living in peace with each other since April 18, 1951, when the European Community for Coal and Steel – EU forerunner – came to being.

We have to thank Robert Schuman and Jean Monet for their long-term vision on how to bring and maintain peace on the continent. The basic thought behind the community was to make ‘war materially impossible’. When people trade and are mutual dependent for their livelihood, it is unlikely for them to grab arms and fight. The ECSC started with six nations and invited others to join. The treaty gradually grew into what we know now as the European Union. The community has been and still is an enormous success; it has brought peace and prosperity.

Therefore, instead of garbageing the EU like so many right wing politicians call for, we need to expand it, ask other countries to join, like Turkey and Morocco. People who are afraid of this should try to imagine how afraid of each other the French and the Germans were, after fighting two major wars in barely three decades. Fear is a bad advisor. Pouring Angst into a society is one of the most common strategies every starting dictator follows. Angst combined with a scapegoat whose fault it is when for example the economy collapses. This scapegoat can be the boogieman, Hitler picked on the Jewish community and nowadays babydictators and populists point at Islam.

These power hungry populists conveniently mix immigration and Islam into a shambolic ideology that surfs the waves of insecurity civilians tend to feel in a changing world. They abuse history, quote statesmen and philosophers or writers without mentioning the context of these words, they plant fear inside peoples’ hearts and demand for security measurements while declaiming the best security on earth: the European Union. The EU protects its’ people, not only from each other, but from dictatorship as well. We in Europe are free.

This is exactly why we have to keep Islam out, some extremists will add, the sound of warnings about an aggressive ideology ringing in their ears. Here is a parallel to the days when senator McCarthy pursued communists. Then the red danger was the great evil and threatening force, now the shekel is assigned as the symbol that is going to destroy our values, prosperity and culture.

Similar to the events in the Eastern bloc some twenty years ago, dictators and monarchs all over the Middle East are called to the stand by their own people these days. Muslims demonstrate for freedom and democracy. They are not so very different from the rest of the world. And neither is the religion.

Islam has the same roots as Christianity and Judaism. All three religions go back to Abraham. The Koran, some claim, is based on hallucinations, but isn’t the Bible as well? Stories featuring Adam and Eve, an apple and a snake …

Others state that Western society is superior to Islam communities. Today Westerners still use the Arabic ciphers (sifr) and teach Algebra in schools. Modern navigation tools and astronomy find their roots in the Middle East. Women rights? Well, the Koran teaches that men and women are equal, although this is not the case in many parts of the world. Women all over suffer from male domination. People all over the world suffer slavery and abuse, just think about the grand scale child abuse in the Catholic Church that recently came out. Abuse and discrimination happen in every society.

There is not such a thing as a superior civilisation, culture or religion. The good and the bad, the inferior and the sublime travel hand in hand wherever people live. If we want to conquer evil, we have to create a system that roots it out, with checks and balances to prevent the powerful from becoming sole rulers. We have to make wars ‘materially impossible’, like Schuman taught us and like Europe is doing for sixty years already.

People in Northern Africa demonstrate for freedom, dignity and democracy. Ecological crises, like the disaster that hit Japan, merciless point out that we all live on the same planet. The house of humans is crumbling and shaking. We have to take care of it together. When the cellar breaks down, the house collapses. If the attic is a mess with vermin crawling around, the whole mansion will become an unhygienic place. Each and every room, wall, window, hallway and door is equally important for the inhabitants. We also have to reckon with each other while living together. We can decorate the spaces differently, change colours with rooms, but together we have to maintain the building and its’ community.

Immigrants are not the problem, they never were. Most societies thrive on immigrants and diversity. Until humanity is doing good earthkeeping there will be immigrants. This will go on until basic needs are satisfied within the countries of origin as well as in the countries of destination. We can accomplish this by mutual economic dependence, which is already there, but not as such acknowledged yet. Once we start to act according to this shared fate, war will be materially impossible worldwide, borders will be marks of ancient times freely crossed over by who wants to – like in the EU now – This will save a lot of money and energy, as well as lives, because there is no need anymore to sustain an army.

Is this Utopia? No, this is Europe today and it can be the world tomorrow.

For an update on this subject: Ecolutie