Financial Transaction Tax is using the banker’s pocket money for great improvements. The European Union can install it, for the common good, if member states comply. All we need is national governments that look beyond small town politics. 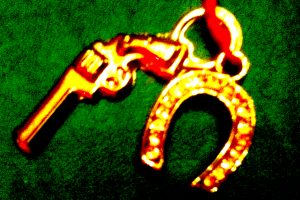 Every seven years a human body is claimed to reinstall. Cells renew… So does the EU in financial terms. Right now member states discuss the budget for the period 2014 – 2020, in order to come up with an agreement on how to spend it.

But spending in a time of conceived crisis seems to be inappropriate. Nobody wants to pay for the Greeks – they enjoy pension from 55 year. Let alone for the Italian – Berlusconi’s parties are famous. But is that what we have to look at?

The EU is founded for one reason and one only: peace. Robert Schuman and Jean Monet thought of a way to achieve this, through economic liaisons. People who trade with each other are interdependent, they don’t fight.

Today some fifty years later we stand at the dawn of yet another crisis, right at the moment the EU budget needs to be agreed on. For the coming decade. The European Committee (EC) proposes – among other things – to raise taxes by itself. Many a country, such as the Netherlands, is deadly against such a tax, afraid to loose sovereignty. And populists use the financial crisis to play peoples’ feelings, counting Euro’s as if they are accountants, forgetting the larger picture and values for convenience’ sake.

Among the taxes the EC proposes there is the Financial Transaction Tax (FTT). It is a small fee on transactions done by banks and other money machines when they trade, for example, bonds.

The same banks that were saved from bankruptcy by the taxpayer, have to give something back to society while playing with money, the Robin Hood Tax Community exclaims.

According to Robin Hood calculators 0.05% Transition Tax can lead up to €200 billion revenues each year. Enough money to save Greece, or to support the poorest, to prevent the Dutch from cutting on budgets for handicapped, in other words, the financial sector’s pocket money can save the world.

Mr Sarkozy and Mrs Merkel are in favour of the EU to raise Financial Transition Taxes. The Netherlands is one of the countries against. At least, when it is a EU measure. Financial transactions need to be taxed worldwide before the Dutch join in, afraid of the economic consequences.

This type of argument symbolises the negotiations on the whole EU budget; fear of losing, afraid somebody else gets a little bit more. As if we are children fighting over a piece of candy. What such national politicians forget is that we have much more to lose than money. The EU is, as stated, about peace. One can’t have peace when some are hungry while others spend the crab out of themselves. Large disparity of income causes discontent and raises revolutions. Banks should be aware of this as well, for their own good.

Let us not forget one thing: the EU is a democratic institute. The European parliament is chosen by Europeans and the Council consists of chosen country leaders. There are checks and balances, civilians can influence decisions and regions get support for (sustainable) development. In many a way the EU is more democratic and transparent than most member states. Europe paves the way for energy transition and social cohesion.

Yes, there is a lot of bureaucracy and, it is not perfect. But instead of rejecting the EU we should embrace it and strive for improvement. The European Union is today’s only government that works on the common good, oblivious for populists and other short-term politicians.

Every seven years a human body is claimed to reinstall. Cells renew… So does the EU in financial terms. We’d better support it, because the EU supports our individual sovereignty and continental prosperity and peace whether the Greeks pension or not.